Before I moved to Germany I decided to research German customs and basic laws. Most of the guides I found online and in print version covered a lot of what I discuss here. Still, I found it very strange when people weren’t smiling as much as South Africans do. I also thought it was odd when I saw tourists dressed up in dirndls for no reason. Living in a student dorm meant I attended many parties hosted by my roommate. My dorm building also had a bar inside of it. So it was weird that there were people living in the building who weren’t students and who were complaining about the noise. So being quiet during certain hours in Germany matters. You can even get fined for jaywalking so if you want to know more about what not to do I suggest you continue reading.

Don’t stand or walk in the bicycle lane

The bike lane is sacred and you should not walk on it. Cyclists get angry and there’s really nothing worse than being yelled at in German.

Some apartment contacts state how many times you are allowed to grill. People in Germany don’t like the smell of grilling for some strange reason. Because of this, you need to ask your neighbours for permission to grill.

Don’t wish someone happy birthday before the time

You can get fined heavily for crossing on a red light. Plus if there are children around you will be accused of setting a bad example. You may also get scolded at.

Don’t walk with your shoes on into someones home

Not all Germans take their shoes off before they enter their homes so play it by ear. Look at whether your host is taking off his/her shoes. Or start taking off your shoes at the door and to see whether you should or not.

Be punctual it is important. This stereotype is trueGermans hate latecomers rather leave earlier to be sure that you arrive on time.

Don’t be disrespectful at memorials

There are concentration camps and various memorials don’t take selfies at these sites. And don’t climb on to the memorials it is just rude.

Don’t bring up the war

As a political studies student completing a development degree in Germany I got to speak about this topic. Every German person told me that the topic remains taboo. This obviously includes Hitler jokes.  It is a sensitive subject so tread lightly.

It is not funny and you can be arrested for it. You will then have to pay a fine or even spend 5 years in jail for it.

Don’t be noisy during quiet time

Before I went to Germany I did research on its’ quiet hours. Germany has laws which regulate noise levels.  Sundays are quiet days. This means that you shouldn’t play loud music or even use a hammer on Sundays. Sundays, public holidays and evenings are strictly quiet times. Daily between 1pm and 3pm you have to keep your noise levels down. And again between 10pm and 7am. Vacuuming, kids playing loudly and even putting on your washing machine can lead to complaints so rather respect the quiet hours.

There are different coloured bins for different kinds of waste. And different items go into different bins. For more information on how to recycle read the following article http://www.infomigrants.net/en/post/5817/step-by-step-how-to-recycle-in-germany

In Germany, you can return certain bottles which have a Pfand sign on them. You are charged an additional 25 cents per bottle when buying certain drinks. This can later be returned usually at a grocery shop.

Don’t be loud when travelling on public transport systems

As a foreigner, I didn’t always respect this social convention. I also noticed that at certain times especially on Saturday evenings people were generally louder. But, on weekdays talking in the bus, Ubahn (underground) or train tends to be done quietly. People generally don’t accept phone calls on public transport either and if they do it’s to quickly say that they are travelling.

In South Africa, people hug a lot. We also address people by their first names even within professional settings. Saying thank you with a smile is normal. And talking to bus drivers and taxi drivers is also normal. Asking a cashier or waiter/waitress “how are you” is a typical thing too. This is not the case in Germany. You only hug people you’ve known for a long time and only people who are friends. Handshakes are more common. Saying thank you without a smile is normal in Germany. Talking to bus drivers and taxi drivers is unusual unless you are asking about the fare and other related questions. And asking strangers, how they are doing is seen as odd.

In Germany, you have to use formal greetings, especially within business settings. There’s a formal you and an informal you in Germany. Sie is formal and du is informal. When addressing someone in a professional setting its more common to address them using Sie or their last name.

And if you are addressing a Professor you will usually use “Herr Professor Lambach” if your professor is a man.   When you are writing in  German you would write “Herr Professor Doktor Lambach”. When addressing a female Profesor you would say “Frau Professor Müller” and when writing letters or e-mails it would be correct to use” Frau Professor Doktor Müller”. For me, as a foreigner and given that my classes were very international I would just say Professor Lambach. Take note of how your Professors introduce him/herself that way you will know how to address them.

Follow the link for more on greeting in Germany: https://www.thoughtco.com/greet-a-german-formally-and-informally-1445086

Don’t walk around in traditional wear

Some tourists in Germany think that it’s appropriate to wear a dirndl or lederhosen in public. These outfits are reserved for beer festivals such as the popular Oktoberfest.  Ordinary Germans don’t walk around daily in traditional clothes. Even in places like Bavaria, it doesn’t happen. But, if you are going to Oktoberfest which takes place in September not in October go get yourself traditional wear. There are Germans who don’t dress up but, they are few and far in between. If you don’t want to immediately be spotted as an Auslander (foreigner) get dressed up and have fun.

Since I wasn’t driving around Germany these rules didn’t concern me. But, if you plan on driving around follow the link to learn more about the road rules:https://www.german-way.com/travel-and-tourism/driving-in-europe/driving/autobahn/driving-on-the-autobahn/

In my opinion, Germans are generally kind to refugees. I got to witness a welcome parade in Gottingen and it was so touching to see so many people supporting refugees. However, there are Germans who are against the states decision to allow so many refugees to enter Germany. This topic is a bit controversial so steer clear of it if you are meeting someone for the first time. And or if you are in a professional setting. 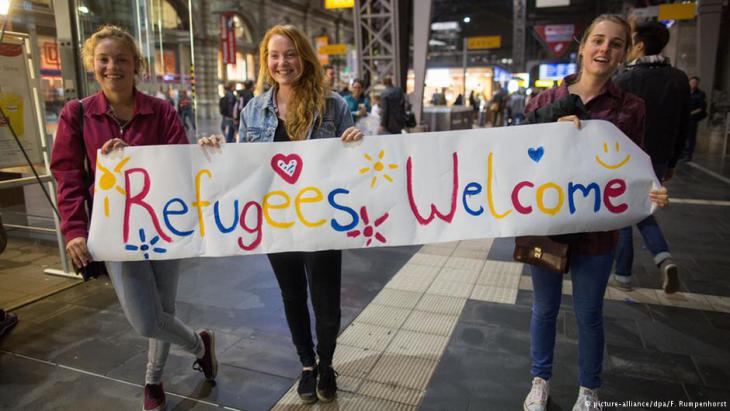 In Germany, you are only allowed to wash your car in designated spaces. This is done to prevent harmful chemicals like oil and soap from entering the wastewater network. It’s also now done to recycle the water which is used when cars are being cleaned. So you can wash your car at mechanical carwashes or at places where you physically wash your own car by hand. You pay for both options and these places have operating hours. If you don’t believe me follow the link to find out more: https://www.german-way.com/travel-and-tourism/driving-in-europe/driving/autobahn/driving-on-the-autobahn/

Usually, you toast before you drink. This doesn’t mean that you toast every time you order a drink but, you usually do it once before the first round. When you toast remember to look the person in the eye. If you don’t you will be cursed with seven years of bad sex according to the German custom ha ha ha. Also, remember that at Oktoberfest you will be toasting randomly and often just go with it.

Overall I will say that people are more forgiving if they see that you are a foreigner. But, some of these don’ts are regulated by the law,  be aware of that. Many Germans can be friendly and warm it often just takes them a bit longer to warm up to strangers. Thank you again for reading my blog if you are a longtime follower. And if you are new to my blog thanks and welcome. Please feel free to comment as I love reading comments on my blog. If you want to collaborate online or even if you just want to chat inbox or e-mail me.

Wishing you happy travels through the journey of life!