Last year I attended a conference on the need to stem population growth in Africa. Africa does not have the ability to sustain its ever booming population. The infrastructure required is not present. Funding from more developed nations is not flooding in the way it used to. However, the continent remains reliant on aid. Development experts agree that reducing the fertility rate is key to preventing a developmental meltdown. The burden of this population surge will have potentially disastrous consequences. Despite this, I left the conference feeling a bit irritated, to say the least.

The entire panel of speakers at the event were older white males. And all of them were researchers at one university. The only female sitting at the panellist table was a facilitator and she did not present anything. I am a young woman of colour and I’m constantly reminded that academic circles in South Africa are dominated by white males of a certain age. Don’t get me wrong they produce inspiring research still I find that something tends to be missing. You see at the conference I attended the keynote speaker stated that Africans by that he meant Black people highly value children. Children are seen as the future, they carry on your legacy and family name. The speaker claimed that an ideological shift needs to happen so that people realize that too many children will not be an asset to Africa. A participant rightfully pointed out that under South Africa’s apartheid system the state tried to restrict the growth of the Black community. That, in essence, having children now is a freedom which was curtailed under apartheid. The questioner asked how cultural values impacted the overall study. To my surprise, the keynote speaker stated that he never factors in culture when conducting a study. He boldly claimed that to him culture is of no consequence. At that conference, I didn’t have the moxy to speak out against his assertion that culture does not matter. The other attendees and one of the panellists were in an uproar over the statement. 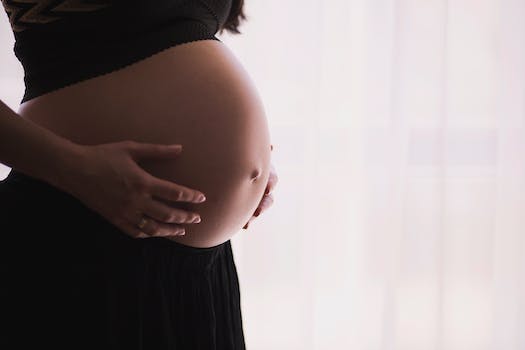 My mind was boggled. I have been trained to always consider culture when conducting a study. Language, culture and individual perspective matters so much. It changes how a participant engages with a researcher and as a researcher I have to be aware of this. I have to respect the participants’ views even if I disagree. I have to do basic research on the community and on the cultural practices and beliefs, I will encounter. To me, all of this is vitally important. If a researcher aims to bring about change and a mindset shift then how can the culture of the study area not be factored in. In order to gain community by in culture must be central to all research. An Australian researcher told me that in some parts of Australia the government decided to build houses for the indigenous people without consulting with them. No one asked the community and the community gatekeepers whether they wanted brick houses. The brick houses were destroyed and people moved back into their traditional homes made partially with reeds. This case just shows how important factoring in culture is when conducting research.

Then the other troubling factor of population studies, in general, is that they tend to focus on the poor. Poor people are singled out as having to reduce their birth rates in order to create a more sustainable earth. I agree that the lack of resources to take care of children is deeply unsettling but, I cannot agree with the environmental sustainability argument. People who are struggling financially do not waste as much. They cannot pollute as much either as they cannot afford to do so. Wealthier people emit more and the population rate in wealthy nations is already on the decline (Roberts, 2018). Population growth studies are laden with doubtful moral values. Xenophobic arguments are often made and poor people are singled out as the problem (Ibid, 2018).

The speaker at the conference cited that in Ethiopia the birth rate has been significantly reduced because of population control awareness programs. He forgot to mention that Ethiopia experienced a food shortage which led to starvation which probably curtailed population growth. His research claims that awareness programs and basic health care initiatives which promote the use of contraception have dramatically reduced Ethiopia’s birth rate. This has occurred despite Ethiopia having a low education rate for women. I partially agree with the research findings on healthcare initiatives matter and so does access to birth control. However, ruling out the food shortage of Ethiopia makes the research at least partially inaccurate. And the reality is that most researchers including Kolbert & Roberts agree that women need to receive higher levels of education. Female empowerment within the developing world will lead to a decrease in fertility rates (Kolbert &Roberts, 2017). Women who have higher levels in education want to build a career and they often wait till they are in a better financial position to have children. They also have fewer children and invest more in the children that they do have.

The problem with USAID (a top American healthcare funder to developing nations) is that the US has rolled out the global gag rule. USAID was one of the main donors providing contraception in Ethiopia. The global gag rule requires NGO’s to disclose whether they receive funding from pro-abortion organizations or organizations which seek to liberalise abortion. This will have lasting consequences as some of these organizations which are pro-abortion or liberalising abortion also provide free contraceptives, pap smears and breast cancer screenings. Thus, the global gag rule with adversely impact women’s health care even though it’s main aim is to curtail abortion. Relying on programs which seek to curtail population growth which is funded by the United States is therefore problematic.

Ultimately contraception and awareness programs need to be part of the broader strategy. Education and empowerment of women should be the main focus area. Population growth will then organically decline. In my opinion, Africa needs empowered females, not population curtailing which unintentionally perpetuate racism, xenophobia, sexism (as it becomes the women’s fault that so many children are born) and classism (as population growth is seen as a problem created by poor people). Another major success of educated women would be more diversity in the research arena. This would result in a future were research conference panels include people of different races, sexes, sexual identities, ethnicities and people who are differently abled as well.

Empowerment should not start and end with women either. Men especially young men need to be able to access programs which help them become better men. Men need to be able to support educated women. But, more importantly, they need to find out how to find and create a positive male identity for their own selves. A broken man cannot support himself and in turn, he cannot support powerful women.

In summary, the problem with population studies and research, in general, is that it often ignores culture. And sometimes a shift in toxic cultural practices is needed to aid development. It is difficult to show a community, country or in this case a continent that you respect it’s culture whilst you are trying to change it. Negative cultural practices need to be challenged and changed but, this will only happen once the culture is factored into research studies in the first place.

Roberts,D.(2018).I’m an environmental journalist, but I never write about overpopulation. Here’s why, from:https://www.vox.com/energy-and-environment/2017/9/26/16356524/the-population-question

Thank you so much for reading my post and visiting my blog. If you disagree please feel free to comment. I’m open to engaged debate. Any feedback is valued as long as it remains respectful. If you want to e-mail me or inbox me to chat or collaborate please so.

Wishing you many happy travels through the journey of life!