Throughout my time travelling in Europe I kept wondering why so many of the sculptures I saw were naked.  I got asked by fellow travellers who were thinking out loud why are all these sculptures naked?  I also laughed at the nudity of the soldiers which are part of the Arc de Triomphe (Arch of Victory) in Paris. Talk about inappropriate battle attire. The nudity didn’t make sense to me at all. I don’t know a lot about art history although I love art, I’m no expert. But a pattern emerged most of the sculptures were classical Grecian or Roman pieces and those which were not had a similar style. I did some research and now I know why so if you have ever wondered about this here is your answer.

Nudity was part of Greek culture, it was used to display heroism and it was also used to display defeat and hardworking labourers. The Greeks were nude in gymnasiums and when competing in games. The first Olympics was had nude athletes competing against each other. “The nude first became significant in the art of ancient Greece, where athletic competitions at religious festivals celebrated the human body, particularly the male, in an unparallel way. The athletes in these competitions competed in the nude, and the Greeks considered them the embodiments of all that was best in humanity” (Sorabella, 2018). So Greek society valued male athletes and because of their sporting achievements their bodies were celebrated and seen as the model of perfection. I noticed that the male nudes had similar lines and were often muscular.

The Greeks also chose to portray Gods and Godlike mortals in the nude. According to the British Museum “There is a tendency towards nudity (in sculpture) which is not true in any other civilization. The Egyptians, The Persians and the Assyrians found it shameful. But to the Greeks, it represented the mark of a hero. It was not about representing the literal world, but a world which was mythologized” Nudity was associated with heroism and the Gods “… athletic nudes portrayed the gods and heroes of the Greek religion” (Ibid,2018). Indeed Sorabella also points out that other cultures saw nudity as shameful whilst the Greeks celebrated human nudity (Ibid, 2018). A quick Wikipedia search confirms this as well “Heroic or ideal nudity is a concept of classical scholarship to describe the use of nudity in classical sculpture to indicate that the sculptures’ apparently mortal human subject is, in fact, a hero or semi-divine being” This idea of heroic nudity started in ancient Greek and continued into that classical period it influenced the Roman and Hellenistic sculptures too. 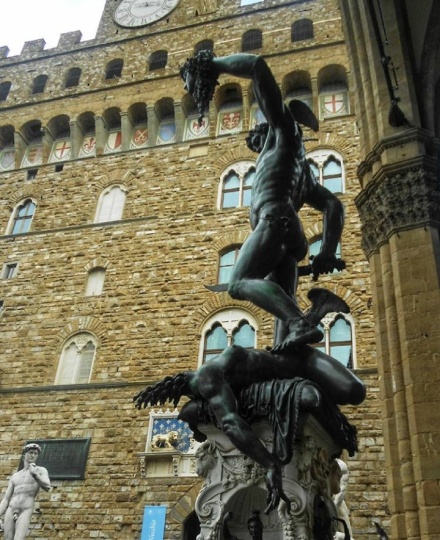 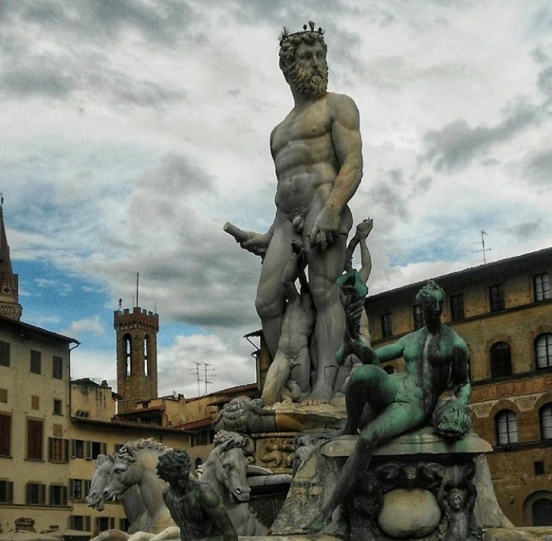 However, nudity wasn’t always used to portray heroism.  Binns (2007) cites the work of  Hurwit who states that nudity was used to show the defencelessness of conquered soldiers, the hardworking nature of labourers by focusing on “their sweat and muscles to show how hard they worked”

After reading these texts it now makes sense to me why Greek and Roman statues are often naked. It also explains why the soldiers engraved on the Arc de Triomphe are naked, they are honoured as heroes indeed the arch was built to commemorate the soldiers who fought for France. The style of sculpture has, therefore, spread and has been mimicked by others in the West. So although their battle attire seems ridiculous to a casual onlooker it makes sense now. These soldiers are examples of heroic nudity used to honour the soldiers who fought for France.

So in summary nudity was a part of life for the ancient Greeks. The male form was celebrated. Nudity at sporting events was not uncommon. And heroic nudity was used to make subjects look God-like or to portray Gods although nudity could be used to display defeat and hardworking character as well. It could also show defeat and vulnerability. The overwhelming majority of Grecian-Roman sculptures display nudity in its heroic form. I will be writing on the genitals’ of the male nudes and also on the female nude sculptures in other posts so if you want to learn more about art and see photos of sculptures which I got to see in Europe keep on reading my blog.

Singh, A.(2015). British museum explains why Greek statues are naked,  from: https://www.telegraph.co.uk/news/newstopics/howaboutthat/11333473/British-Museum-explains-why-Greek-statues-are-naked.html

Sorabella, J.(2008). The Nude in Western Art and Its Beginnings in Antiquity, from: https://www.metmuseum.org/toah/hd/nuan/hd_nuan.htm

Mount, H.(2015). The ancient Greeks knew it wasn’t rude to be nude, from:https://www.telegraph.co.uk/culture/museums/11352482/The-ancient-Greeks-knew-it-wasnt-rude-to-be-nude.html

Thank you so much for reading.  Did you love this or hate this post? If you have any comments please feel free to share them. I love reading comments on my blog. If you want to talk to me directly you can email me. And I’m open to criticism too.